Since both English and Spanish are European languages, they share some common roots.  English is a Germanic language but also has a fair amount of words derived from Latin, because historically the church and intellectuals used Latin.  These Latin derived words at times can be helpful in learning Spanish and other times can cause confusion.

Asistir means attend an event such as a conference not to assist another person, which is ayudar.

Contestar is to answer a question, not to argue or contest the answer, which is contender.

Embarazada is to be pregnant.  To be embarrassed is tener vergüenza.

Molestar means to bother.  To abuse sexually is abusar sexualmente.

Realizar means to complete something such as a long term project.  To realize an idea is the phrase dar 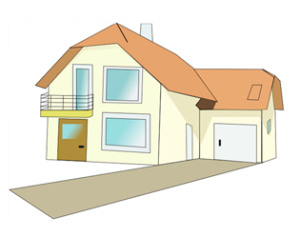 Also, as one learns more and more Spanish vocabulary, an English speaker realizes how many less words there are in Spanish than in English.  Experts estimate there are twice as many words in English than in Spanish!  In some ways, this makes learning Spanish easier for English speakers.  Often one Spanish word can hold multiple meanings, whereas in English those meanings are in separate words.  This vocabulary depth can cause confusion in two ways.

First a Spanish word is read and the native English speaker translates it to the obvious definition.  For example the word conserje can be translated to the English word concierge. The word concierge in English is somewhat specific.  A concierge typically works for wealthy people in some assisting capacity; a concierge can be found in hotels and makes restaurant reservations.  The Spanish word is similar but more general.  A conserje can be a receptionist in a public school, a porter, a building superintendent or even a janitor.

The limitation of Spanish vocabulary can often occur in the reverse direction.  An English speaker may think of something in English and struggle to find an equally rich expression in Spanish.  A simple example is the translation for the word driveway which is la entrada.  Entrada means a physical entrance:  foyer, driveway, a ticket for an event, a starter course in a restaurant, an entry in a dictionary and even a receding hairline.  Since driveways are so ubiquitous and large in the United States, the word entrada seems insufficient.

Words with similar meanings can really be helpful for an English speaker to learn Spanish.  But whenever there is any confusion, it is good to slow down and check the true meaning of a word.

It’s easy to get caught out by false friends! An interesting topic that comes up in lots of Spanish courses.

Yes! A lot of Latin came into English through French not eccleastical Latin because of the Norman influence in England . Lately I have seen assistir mean to help especially in the Noun form asistente. Word And your last statement is why I don´t always realy on context alone to help understand the meaning of a word.